(I know, it’s all about Christmas photos, and fun, some humor,  occasionally a little sappy, and of course CATS, right?)

Sometimes, we just need a bit more…compassion, and care for ALL humanity. But, all the screaming from some folks, about THE REASON FOR THE SEASON–(OMG Starbucks coffee cups??)–and all that……well, you know what? Jesus was a refugee. LOOK at the child who means the most to you in this world. Stop, right now and look at them. Whether you have to look at a photo or can go poke your head into their room, go and look at them. Now, tell me WHAT YOU WOULD NOT  DO FOR THEM?

What? Would you FLEE your home with them? Would you abandon your town, city, family, job, way of life, language, support system, to protect them? Would you walk a hundred miles with them in your arms? How about a thousand miles? To find hope for them? Would you leave EVERYTHING you know, everything you own, and walk for weeks, HOPING??Would you think the appropriate response to this behavior is rubber bullets, or to TEAR GAS CHILDREN????  (are you REALLY going to say tear gas isn’t that bad, NBD??) Children who of course have no control over what their parents do? The infant Jesus and his tiny family fled their homeland, to keep him alive. Why should any other parent do less? Where is the ALL LIFE IS SACRED crowd?

(I wrote this before the little 7 year-old girl died in our custody.) 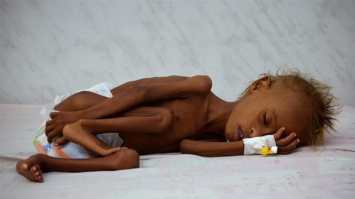 DO THEY KNOW IT’S CHRISTMAS?